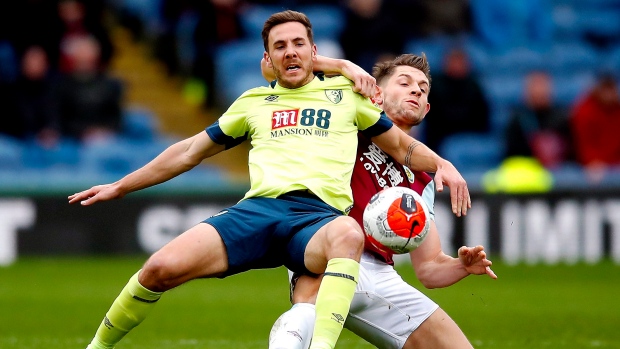 BURNLEY, United Kingdom — Bournemouth had two goals disallowed by VAR as Burnley won their English Premier League match 3-0 at Turf Moor on Saturday to keep alive its hopes of a European spot.

The Cherries saw Josh King's first-half effort chalked off for handball against Philip Billing before Matej Vydra scored his second goal in as many games following the break to give the hosts the advantage.

It got worse for Bournemouth when Harry Wilson's equalizer after a counterattack was ruled out by video review and a penalty to Burnley was awarded instead for Adam Smith's handball.

The win moved Burnley to eighth, three points behind fifth-placed Tottenham, while Bournemouth remained two points above the drop zone.