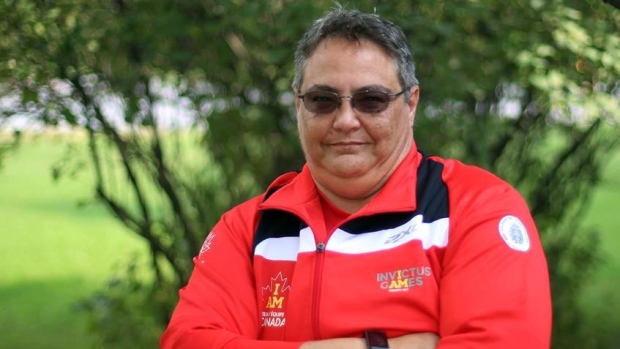 TORONTO — Jackie Buttnor is passing along the fitness bug, one international sporting competition at a time.

"It just lit a fire under my butt," she said, laughing, during a recent phone interview.

Facebook updates from a friend whose husband performed at the Orlando Games in 2015 persuaded her to give the Toronto competition for wounded soldiers a shot.

"When the opportunity came up, I nervously hit 'send' on the application," said Buttnor, who has had to deal with post-traumatic stress disorder. "I've done a lot of sporting competitions before, but nothing on this scale."

This year's Invictus Games are the largest in the sporting event's history, with 550 athletes from 17 different nations competing in Toronto. Prince Harry, the Games' patron, was present at the opening ceremonies alongside Prime Minister Justin Trudeau

Buttnor was born in Comox, B.C., but grew up all over Canada and, for eight years, at a Canadian Forces base in Germany. Her father was in the Air Force. She joined the Canadian Forces in 1990 and served for 14 years in Calgary and Comox as a medic.

She has certainly tried her hand at sports before — volleyball, basketball, swimming, martial arts, and track and field among them. In this Games, she's competing in powerlifting and stationary rowing.

"One of my things is explosive power," she said. "I'm just not so good at endurance power."

Buttnor is also competing in wheelchair rugby — a sport she said she signed up for after watching a video online.

"I was watching one of the Paralympic Games and I was like: 'That might be interesting. That could be a lot of fun, actually!'" she said.

It's a rough sport with a lot of jostling — not unlike a game of bumper cars. Wheelchair basketball also has a bit of contact between plays, she said, but it's usually not intentional.

"With wheelchair rugby, yeah, you're trying to hit," she said.

Invictus athletes are allowed to sign up for the sport even if they have full use of their legs. Buttnor said she didn't have access to a wheelchair to train. She's been using a handbike at the gym to do what she calls a "super warm up" to get into shape.

Getting back into shape took quite a while. She hadn't played sports in years — partially due to lack of opportunity, but also because of her own difficulties with post-traumatic stress disorder.

"Trying to get out of bed in the morning was hard enough," she said.

In 1993, while on standby at a training exercise in Wainwright, Alta., Buttnor was sitting in a field ambulance when a massive C-130 Hercules cargo plane crashed before her eyes.

"My partner and I were sitting there, watching it happen," she said. Buttnor was one of the first responders to the crash.

The plane had been skimming the ground at extremely high speeds while unloading a bag of sand out the back — a manoeuvre used to drop supplies to troops under fire.

"It looked like the payload exploded out the back and then the whole aircraft tumbled onto the ground," she said.

The plane crashed, broke into three pieces, then caught fire. Millions of pieces were scattered around the crash site. Five of the plane's nine occupants were killed. All were members of 435 Transport Squadron at Canadian Forces Base Edmonton.

Buttnor was later diagnosed with post-traumatic stress disorder, and eventually given a medical release from the Forces.

"I couldn't handle the emergency medicine anymore," she said.

After a failed attempt to work in horticulture, she switched to occupational therapy — a job not too dissimilar from her career as a medic.

Training for Invictus hasn't just gotten her back into sports. Buttnor said it's also sparked her imagination again.

"For quite a while, I was just kind of trying to plod through life," she said. "Now I've got ideas and thoughts and plans."

Powerlifting, for starters. She had done a bit of it before signing up for Invictus, but now, she plans to do so competitively. Joining the Sweet Adelines, an all-female barbershop quartet group, was another plan. She's been singing with them for two years now.

Since Buttnor started training, she's seen what she calls a ripple effect.

Both of her parents and a number of friends will be watching her this week at the Toronto Games. And all of it stems back to her own realization nearly two years ago that, yes, she could make the cut for Team Canada.