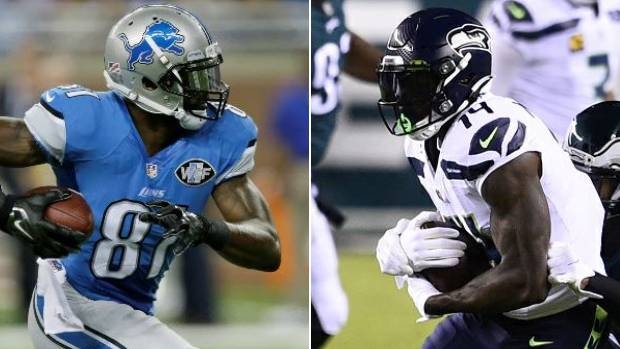 After D.K. Metcalf’s monster performance against the Philadelphia Eagles on Monday Night Football, the second-year wide receiver said he had a chip on his shoulder following comments made to him by Eagles defensive coordinator Jim Schwartz.

Metcalf revealed after the game Schwartz said to him, "I was in Detroit with Megatron, but you’re not there yet."

While there may have been a misunderstanding about the comment – Schwartz later clarified he meant to compliment Metcalf as the closest thing to Calvin Johnson, the three-time All-Pro receiver that retired after the 2015 season, Schwartz has seen – Metcalf used it as motivation to finish the game with 10 receptions for a career-high 177 yards.

The 22-year-old Metcalf has been outstanding for the Seahawks since the club selected him in the second round of the 2019 NFL Draft. Has he been as good as Johnson through the first year and a half of their careers? Is he on his way to becoming the next Megatron?

TSN.ca takes a closer look at Metcalf’s early-career numbers and compares them to Johnson’s statistics at the same time of his career.

Metcalf vs. Megatron (through the first 27 games of their career)