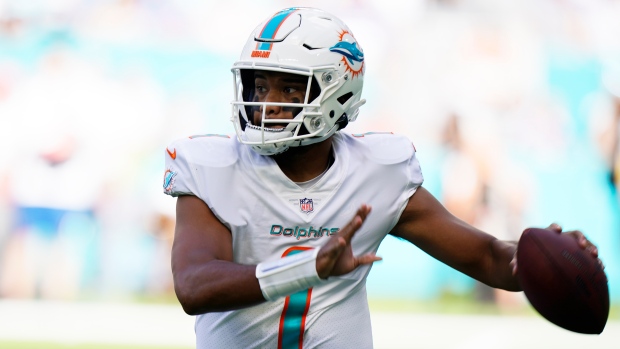 Very little has been decided as the NFL enters the penultimate week of the regular season. Only six teams have clinched a postseason berth, while eight have been mathematically eliminated. That means 18 teams still have their playoff fates yet to be decided.

Ahead of what should be a wild ride over the final two weeks, here is a look at what a few contenders are facing entering Week 17.

Fresh off Joe Burrow’s 525-yard performance in a 41-21 rout of the Baltimore Ravens last week, the Bengals can clinch their first AFC North title since 2015 with a home win over the Chiefs on Sunday.

Kansas City has already clinched the AFC West but has a lot left to play for as they chase the AFC’s top seed to secure a first-round bye and home-field advantage.

In what could be a shootout against Patrick Mahomes and the reigning AFC champs, Burrow has been elite throwing the deep ball this year. Last year’s No. 1 overall pick has an NFL-best 14 touchdown passes thrown at least 15 yards downfield in 2021. But the Chiefs have done a great job preventing the deep ball during their eight-game winning streak, allowing just one pass TD of 15 yards or more during that span.

The Colts have won three straight games and a lot of that has been because of star running back Jonathan Taylor. The Wisconsin product has a combined for 421 yards on the ground with three touchdowns over the past three weeks and continues to lead the NFL in yards (1,626) and rushing touchdowns (17).

Indy can clinch a postseason berth with a win at home over the Raiders on Sunday.

At 8-7, the Raiders are still alive in a crowded AFC wild-card picture and come in winners of two straight. Vegas has also been elite against the run recently, allowing the fewest yards per rush over the last two weeks and have done it against two of the league’s better ground attacks in the Cleveland Browns and Denver Broncos. Their season might come down to whether they can continue that trend against Taylor.

In Week 13, the Ravens occupied the top seed in the AFC. But a pile of injuries and a few bad beats have them reeling. Baltimore has lost four in a row and is fighting for their playoff lives as the NFC-West-leading Rams come to town.

The Ravens finally got some good news as quarterback Lamar Jackson returned to the practice field after missing the past two games with a right ankle injury. He is questionable for Sunday and had a noticeable limp at time during Wednesday’s practice.

But if the Ravens can’t cover anyone, it might not matter if Jackson plays or not. Don Martindale’s defence has allowed a league-high 23 touchdown passes in man coverage this year compared to just three interceptions. On the flip side, Rams QB Matthew Stafford has eaten up man coverage this season, throwing 22 touchdowns compared to three picks.

The Dolphins have been one of the league’s best stories so far this season, going from dead in the water at 1-7 to very much alive not only in the wild-card race, but the divisional chase, too. Miami has won seven straight and sits only a game behind the 9-6 Buffalo Bills for the AFC East lead, though they need the Bills and New England Patriots to lose each of their two games to have a shot.

The Dolphins will look to continue their historic turnaround this week in Tennessee against old friend Ryan Tannehill, who played his first six seasons in South Beach. Miami has allowed the lowest QB rating in the NFL when using four or fewer pass rushers during their seven-game streak. Tannehill has struggled in these situations, posting the 25th-lowest QBR in such situations since Week 9. Keep in mind Derrick Henry’s last game before being sidelined with a foot injury was Week 8.

The final game of Week 17 sees the 7-8 Browns go head-to-head with the 7-7-1 Steelers on Monday Night Football.

Ben Roethlisberger hinted at retirement Thursday, saying “signs are pointing that way this could be it.” If Big Ben is going to take one last run at the postseason, his team will need a victory as the loser will be eliminated from contention.

The game will most likely be decided in the trenches as the Browns lead the NFL in yards per rush this season (5.1) while the Steelers’ defence has allowed the most in that category (4.8). Nick Chubb leads the Browns’ ground attack with 1,143 yards on the ground and eight touchdowns while D’Ernest Johnson (398 yards, two TDs) and Kareem Hunt (386, five TDs) have been solid partners in crime.

Unless the Steel Curtain shows up for Pittsburgh at just the right time, Roethlisberger’s time might well be up.