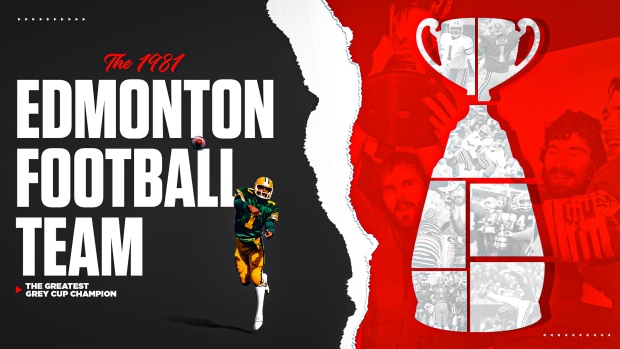 The 1981 Edmonton Football Team has been crowned The Greatest Grey Cup Champion by the CFL on TSN experts.

Led by Canadian Football Hall of Famer Warren Moon, the 1981 version of Edmonton highlighted the club’s run of dominance from 1978-1982.

A statistical look at what helped make the 1981 Edmonton Football Team the best of the best when it comes to Grey Cup champions (stats via Jon Perlberg):

Behind centre, Moon also set a number of team records in 1981. He threw for 3,959 yards with his 10.5 yards per play first in the CFL. He also threw 27 touchdown passes, with his 2.25 touchdown/interception ratio first in the CFL, and a league-leading 62.7 completion percentage.

Moon was 5-0 in fourth quarter comeback attempts, including the West Final and Grey Cup.

Edmonton beat out a Toronto Argonauts team that was extremely impressive statistically as well.

The Argos also cleaned up the year-end honours in 1997, winning four major awards and having nine players named CFL All-Stars.