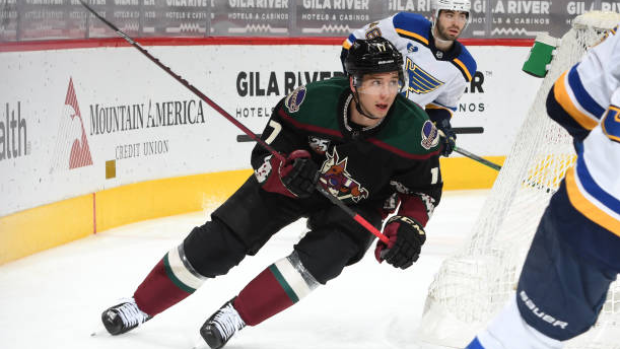 CALGARY — The Calgary Flames have picked up forward Tyler Pitlick from the newly formed Seattle Kraken.

The Flames sent a fourth-round pick in Friday's NHL entry draft to the Kraken in exchange.

Pitlick was originally selected by the OIiers in the second round of the 2010 entry draft (31st overall) and has split 286 NHL games between Edmonton, Dallas, Philadelphia and Arizona, notching a career 84 points (47 goals, 37 assists).

He's signed through next season at a cap hit of US$1.75 million.

The Flames lost captain Mark Giordano to the Kraken in Wednesday's expansion draft, opting against protecting the 37-year-old who has spent his entire 15-season career in Calgary.