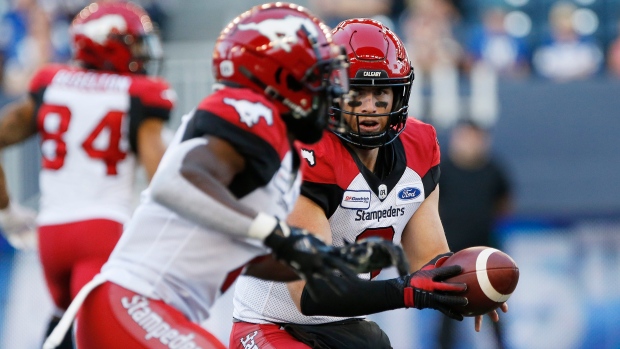 Two games after getting him back in the lineup, the Calgary Stampeders could be forced to play without running back Romar Morris again.

The 26-year-old left Thursday’s contest against the Winnipeg Blue Bombers in the first half with an injury that is believed to be to his Achilles, head coach Dave Dickenson said after the game.

In his two games this season, Morris has 12 carries for 21 yards. Last season, his first in the CFL, he carried the ball 78 times for 376 yards and four touchdowns.