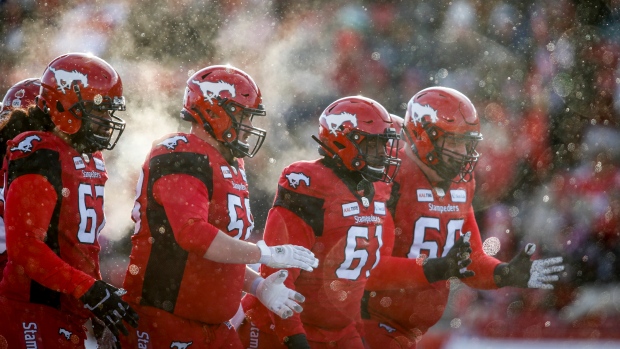 The Calgary Sports and Entertainment Corporation, owners of the Calgary Stampeders, informed its employees that they would be taking pay cuts during the coronavirus pandemic, reports TSN's Farhan Lalji.

Hearing from sources that everyone in the #Stampeders organization, including all football ops/coaches, have been told by CSEC that they will be taking pay cuts. Range is 10-25% & will be re-evaluated in 3 months. @CFLonTSN @TSN_Sports @SportsCentre

The pay cuts apply to the entirety of the organization, including all football operations and coaching personnel, and range from 10 per cent to 25 per cent. The arrangement will be re-evaluated in three months.

This obviously doesn’t include players who are not being paid at this time. The #CFL & #CFLPA will discuss the impact of any delay and games missed on player salaries and all players will presumably be treated the same. @CFLonTSN

The pay cut is not applicable to players, who are not being paid at this time. The league and the CFLPA will discuss the impact of any delay to the season or missed games on salaries at a later date.

The Montreal Alouettes also announced on Monday that the organization has taken different measures, including temporary layoffs.

"In the unfortunate situation we find ourselves in, we have no other choice but to take important measures," said Alouettes President Mario Cecchini. "From the bottom of our hearts, we hope that the situation will get better soon, and that our loyal employees will be back with us as rapidly as possible."

Earlier on Monday, the CFL announced the official postponement of training camps indefinitely.