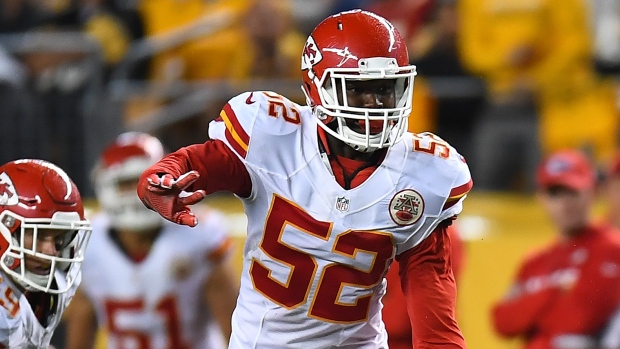 Nicolas, a native of Port-au-Prince, Haiti, was selected in the sixth round (203rd overall) by the Kansas City Chiefs in the 2016 NFL draft. He played 11 games for the Chiefs in 2016 but missed the 2017 season due to injury.

He has also spent time with the Seattle Seahawks, Washington Redskins, Indianapolis Colts and Denver Broncos.

Tillery, from Chattanooga, Tenn., signed with the NFL's Tennessee Titans as an undrafted free agent in 2019. He played four pre-season games for the Titans, recording eight tackles and one interception.

Prior to turning pro, Tillery played 51 games and made 27 starts at safety in four seasons at Wofford College.

Bryant, 24, spent time with the NFL's New York Jets in 2018 and 2019 after signing with the team as an undrafted free agent.

This report by The Canadian Press was first published April 16, 2020.