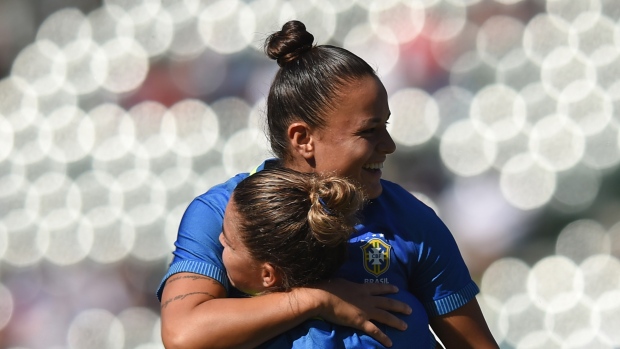 TAIPEI, Taiwan — Carla Jessica Pereira Nunes scored on a penalty shot as Brazil beat Canada 1-0 on Thursday in the women's soccer quarter-finals at the Summer Universiade.

A hand ball in the penalty area in the 68th minute set up the Brazilian winner.

Brazil controlled the majority of the game with 68 per cent possession while outshooting the Canadians 10-3.

On the track, Aiyanna Stiverne and Benjamin Ayesu Attah qualified for the 400-metre final which takes place on Friday. Stiverne won her semifinal while Ayesu Attah was second in his semi.

James Turner is in third place through five events after the first day of the decathlon.

Argentina got the better of the Canadian men's volleyball team with a straight sets victory (11-25, 17-25, 15-25). Cam Branch led Canada with eight kills.