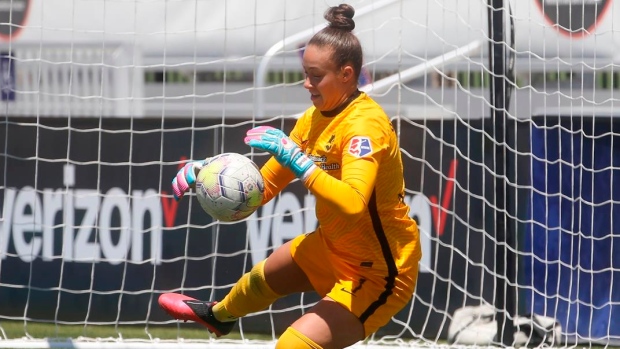 Kailen Sheridan is on the shelf.

Sky Blue FC confirmed on Tuesday that the Canada goalkeeper underwent surgery on her right quad after picking up an injury at last month's SheBelieves Cup in Orlando.

The team says there is no timetable for her recovery.

Sheridan, 25, started Canada's opening match of the tournament against the United States on Feb. 18, but was forced to exit the match in the 11th minute in obvious discomfort. Stephanie Labbe took over in net for Sheridan and went on to start the remaining two matches.

Canada finished the tournament at 1-0-2 and third among the four teams.

A native of Whitby, Ont., Sheridan has been capped 10 times by the senior team.

Taken with the 23rd overall selection of the 2017 NWSL College Draft out of Clemson, Sheridan has made 74 appearances across all competitions over four seasons with Sky Blue.