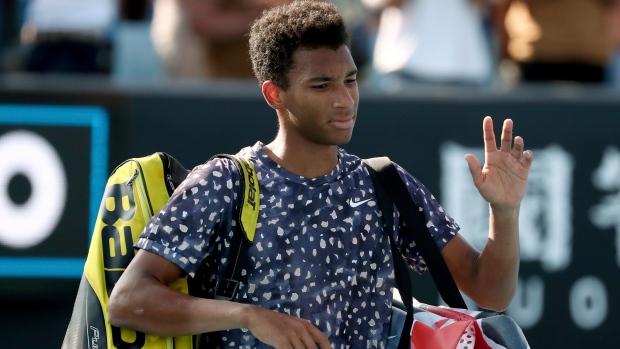 Up 4-3 in the second set, the 19-year-old from Montreal fought off a break point and went on to complete the win in one hour 49 minutes.

Auger-Aliassime had a 16-4 edge in aces and hit 33 winners in the match to just 13 for the veteran Spaniard.

"The first set was really tight with both of us serving really well," Auger-Aliassime said. "I was serving the best I've ever served in that first set and then played a solid tiebreak."

Auger-Aliassime, the world No. 21, broke Carreno Busta in a marathon third game of the second set.

"I was thinking, 'If this goes my way, it might be tough for him.' So I really pushed to get through," Auger-Aliassime said. "Obviously you know the end is coming if you keep serving well and keep holding your serve … things got a bit difficult, saving that break point after making some tight mistakes.

"It was not easy. I came up clutch again, so obviously I am happy with myself."

Auger-Aliassime is searching for his first career ATP Tour title. He made it to three finals last year in his first full season on tour.

Monfils, who beat Vancouver's Vasek Pospisil last weekend to win the Open Sud de France, will try to become the first player since Robin Soderling (in 2011) to successfully defend his Rotterdam title.

Kontinen and Struff will play in Sunday's final against the French duo of Nicolas Mahut and Pierre-Hugues Herbert, who beat South Africa's Raven Klaasen and Austria's Oliver Marach 6-7 (6), 7-6 (6), 10-7.