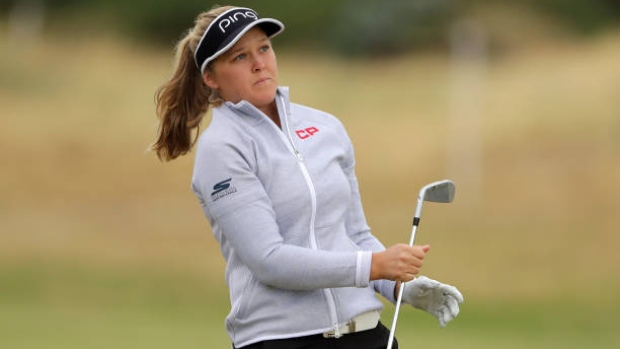 Henderson had a hole-in-one on the ninth hole in the second round of the LPGA major event on Friday. Henderson, from Smiths Falls, Ont., finished the day tied for eighth at 5 under overall after shooting a 2-under 70 round.

Using a nine-iron on the par 3 No. 9, Henderson was visibly surprised when the ball took a single bounce and landed straight in the hole.

It's the second ace of her professional career.

England's Florentyna Parker had a hole-in-one on the same hole in Thursday's first round.

Thailand's Pornanong Phatlum is atop the leaderboard after back-to-back 67s put her at 10 under.