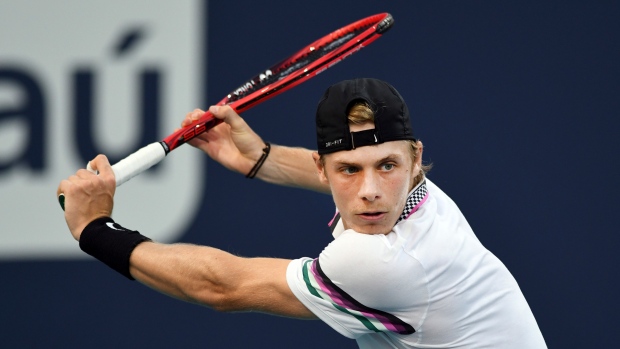 PARIS — Canada's Denis Shapovalov is off to the second round at the Paris Masters after his opponent suffered an injury.

Gilles Simon of France retired with a groin injury with the players tied at 2-2 in the first set.

Shapovalov, from Richmond Hill, Ont., will face No. 11 seed Fabio Fognini of Italy in the second round.

Ranked 28th in the world, Shapovalov beat Fognini in their lone meeting last year at the Rogers Cup in Toronto.

Shapovalov, 20, is coming off his first career ATP Tour title at the Stockholm Open earlier this month.

Milos Raonic, the other Canadian in the singles draw at the Paris Masters, will face No. 5 seed Dominic Thiem of Austria in the second round.