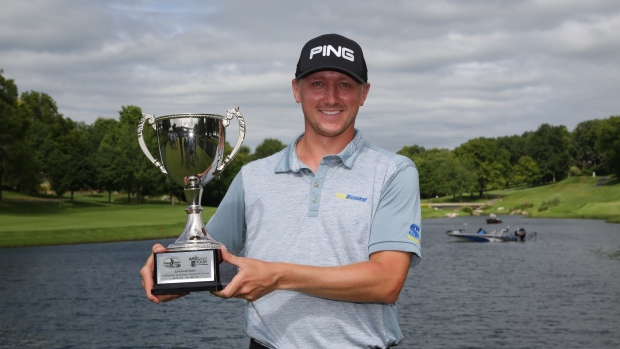 SPRINGFIELD, Mo. — Canada's Mackenzie Hughes won the Price Cutter Charity Championship on Sunday for his first Web.com Tour victory and a likely spot on the PGA Tour next season.

The 25-year-old Hughes, a former Kent State player from Hamilton, Ontario, birdied the final hole in hot conditions at Highland Springs for a 6-under 66 and a one-stroke victory over Richy Werenski.