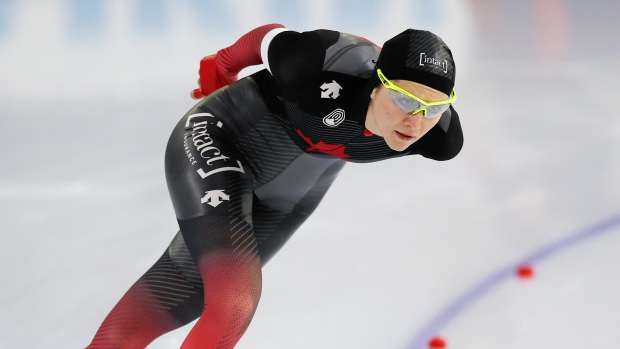 She missed the podium by less than four seconds in the only women's 5,000-metre race this season. The Ottawa skater was clocked in six minutes 56.181 seconds at the Thialf Ice Arena.

"I’m happy with how hard I skated today," Weidemann said. "It obviously wasn’t the result I was hoping for but there were a lot of positives from the race. Not a single lap came easy today, but sometimes it doesn’t in speedskating."

Jorrit Bergsma of the Netherlands and Alexander Rumyantsev joined the Swede on the podium. Calgary's Ted-Jan Bloemen was sixth and Toronto’s Jordan Belchos was eighth.

Connor Howe of Canmore, Alta., was sixth in the men's 1,500. Dutch skaters swept the podium with Kjeld Nuis taking gold ahead of Thomas Krol and Patrick Roest.

This report by The Canadian Press was first published Feb. 14, 2021.