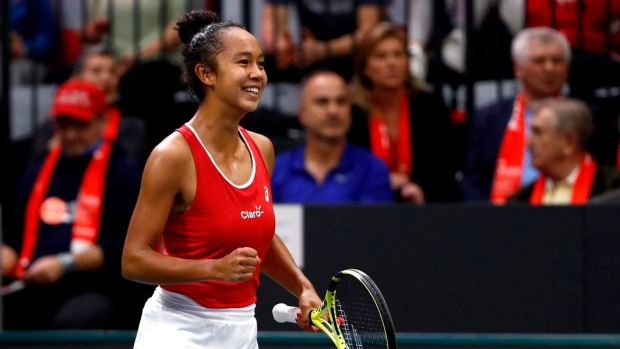 MONTERREY, Mexico — Canada's Leylah Annie Fernandez advanced to the second round of the Abierto GNP Seguros tennis tournament with a 7-6 (5), 6-2 win over Switzerland's Stefanie Voegele on Tuesday.

Fernandez, from Laval, Que., had 13 break point opportunities against Voegele, converting five of them. Coming off a run to the final of the Mexican Open last week, Fernandez was good on 64.6 per cent of her serves and scored on 59.5 per cent of her first-serve points, including three aces. She won 60.9 per cent of second-serve points.

Fernandez, ranked 126th in the world next plays fifth seed Sloane Stephens of the United States at the hard court event.

This report by The Canadian Press was first published March 3, 2020.