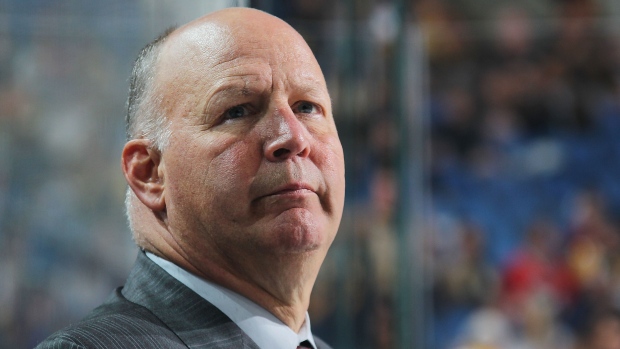 Canada's men's Olympic hockey team has made coming together as a unit in a short time top priority ahead of the 2022 Olympic Games in Beijing.

With two weeks before Canada opens its Olympic tournament against Germany on Feb. 10, players are trying to familiarize themselves with their teammates, on the ice and off it, in order to create better unity.

Currently in Davos, Switzerland for training camp ahead of the Games, Canadian coach Claude Julien believes that, between the camp and the team's arrival in Beijing, there will be plenty of opportunity for players to get well-acquainted with each other and, eventually, come together as a unit.

Aiding this effort will be a pair of pre-tournament games the Canadian men will play before the Games begin. Canada will see Switzerland on Feb. 1 before taking off to Beijing. They will then have an early test against the United States at the National Indoor Stadium on Feb. 7.

Many on Canada's roster of Olympians, missing NHL talent for a second straight Games, have played with and against each other before.

According to Julien, players have an understanding of what he calls playing hockey the "Canadian way," a "gritty" brand of hockey with a focus on effort.

Former NHL player Adam Cracknell recently played a COVID-19-shortened season in Beijing with the Kunlun Red Star of the KHL, and has enough familiarity with the city in case anyone on the team might have any questions.

Hockey Canada unveiled its 25-player men's roster for the Olympics on Tuesday. It's a mixture of young and old with players such as 37-year-old Eric Staal and Mason McTavish, who won't turn 19 until this weekend.

This report by The Canadian Press was first published Jan. 27, 2022.