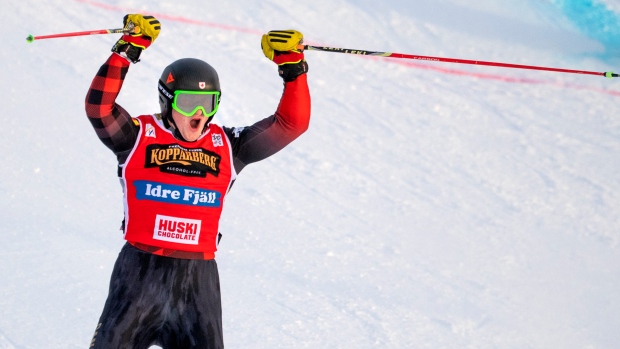 Howden, from Cultus Lake, B.C., won four races and made two other podium appearances this season. The 22-year-old FIS rookie of the year finished ninth in the World Cup Finals at Veysonnaz.

"I was trying to do the best that I could," Howden said of the campaign. "After Val Thorens in December when I got a couple podiums I realized there was a possibility if I kept skiing well that I could win the Globe.

"It is just amazing, I am super-blessed and excited."

“It’s a bittersweet feeling to hang on to third place in the overall World Cup," Thompson said. "I’m proud of the skiing I did this year to earn that spot but disappointed to be ending the season injured."

Florian Wilmsmann of Germany took the men's gold ahead of Jonathan Midol of France and Germany's Tim Hronek.