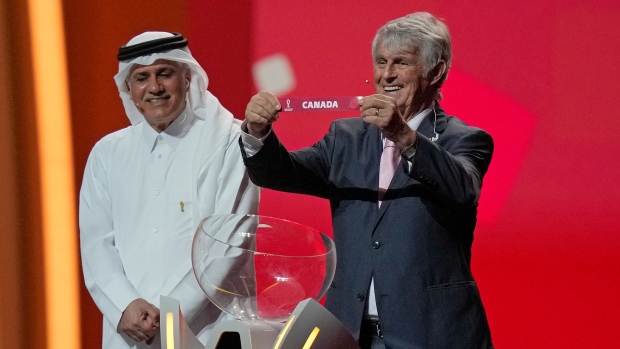 After finding out their group for the 2022 World Cup in Qatar earlier Friday, the Canadian men's soccer team now knows the dates and times of their three group stage games.

Here's what their group stage schedule will look like in Qatar:

Not bad considering the time slots start at 5am et. https://t.co/kJOxwOTEvE

Canada's lone appearance at the men's World Cup came in 1986 in Mexico, losing all three of their matches to the Soviet Union, France and Hungary without scoring a goal.