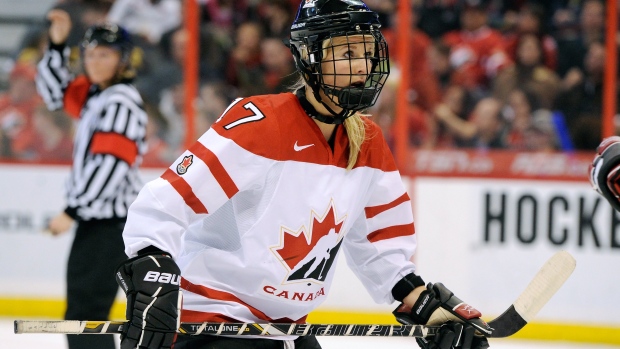 VIERUMAKI, Finland — Bailey Bram scored the eventual winner near the midway point of the second period as Canada's national women's team topped Finland 4-1 on Sunday in a tune-up match ahead of the Four Nations Cup.

Bram created a turnover in the Finnish zone, then went five-hole for the unassisted goal at the 13:26 mark of the second to give Canada a 2-1 lead. Canada outshot Finland 23-17 overall.

"It was a good first game for us, I think we did a lot of little things well," said Canada's head coach Laura Schuler. "Finland always plays a hard game against us and I think moving forward that was a great game that will help us identify the areas where we need to continue to get better, but for the most part I was really happy with our effort."

Sunday's game was Canada's only pre-competition contest. It faces Finland once again on Tuesday on the opening day of the Four Nations Cup. Canada then meets Sweden on Nov. 2 and the United States on Nov. 4. The medal games will be played on Nov. 5.

Note to readers: This is a corrected version of an earlier story. The quote was incorrectly attributed to Marie-Philip Poulin, not Laura Schuler.