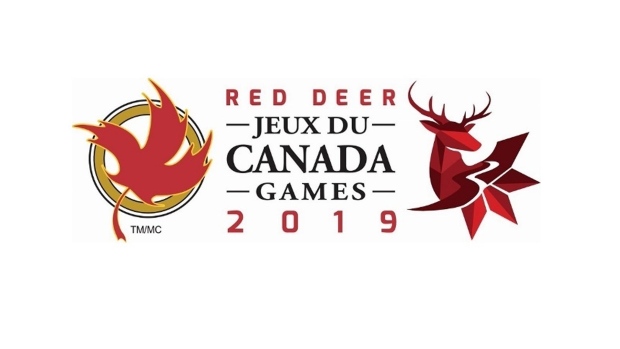 Athletes at the 2019 Canada Winter Games can live and compete as the gender they identify with.

It's another groundbreaking initiative for a Canadian multi-sport event that prides itself on being ahead of the curve.

"Inclusiveness is something we've done since Day 1, and so this is an extension of that," said David Patterson, president and CEO of the Canada Games Council.

The Canada Games board adopted its gender inclusion policy in December, and it has been implemented for the Winter Games that are happening now through March 3 in Red Deer, Alta.

"The CGC recognizes that sex and gender are not the same thing, and that individuals are born with different combinations of sex and gender as part of their identity," the policy states. "This policy aims to set the conditions by which the CGC and its Host Societies will create a safe and welcoming environment for transgender or intersex participants at the Canada Games."

The initiative comes after U Sports, the governing body of university athletics in Canada, announced a new transgender policy in September that allows athletes to compete on teams that correspond with their gender identity.

Patterson said the policy was put into place after about a year of research, and that they borrowed from U Sports, along with other Canadian sport organizations, such as Ringette Canada, that have strong trans-inclusion policies.

More than 100,000 athletes have competed in the Games since their inaugural year in 1967. The Games are a stepping stone onto the international scene not only for athletes, but coaches and officials, and a catalyst, said Patterson, for other Canadian sport organizations right down to the grassroots level.

"As we make changes to how we do sport, we're hoping that those changes become a catalyst to where that change happens at (other sports) events as well," Patterson said.

Because athletes aren't asked to provide their gender — only which gender they'll be competing as — Patterson doesn't know how many athletes the new policy will benefit.

"We're confident that it's more than zero, and that athletes who might not have been welcome are going to be more welcomed," he said.

The new policy, he said, will allow athletes to feel more welcome. Previous Games saw some athletes stay in hotels with their parents rather than in the athletes' village.

"We're in a good place in Red Deer where if an athlete identifies as trans, or identifies as non-binary, we'll be able to make sure they can have a good experience here. Everything is built around the athlete's best interest, and the athlete's experience here at the Games," he said. "As with any other athlete here, when they have a need, we should be the ones doing the accommodating, not the other way around."

Athletes all compete for one team.

"The big thing is we want athletes to be themselves here, because the joy and the beauty of the Canada Games is seeing athletes being themselves and doing great things."

Gender inclusion signage has been posted in Canada Games venues in Red Deer that was similar to what greeted athletes at Canada Olympic House at the Winter Olympics in Pyeongchang last winter.

"Within these walls, you are welcomed, accepted and respected," it reads. "Here, no matter who you are or where you come from, you are at home, regardless of your sex, sexual orientation, race, marital or family status, gender identity or expression, sex characteristics, age, colour, disability, political or religious belief or non-belief. All that we ask is that you be ethical, excellent and inclusive in all you do."

The Canada Games have seen a who's who of the country's sports stars compete, from Sidney Crosby to Hayley Wickenheiser to Catriona Le May Doan and Andre De Grasse.

More than 3,600 athletes and coaches are participating in 19 sports at the Red Deer Games, which opened on Friday.