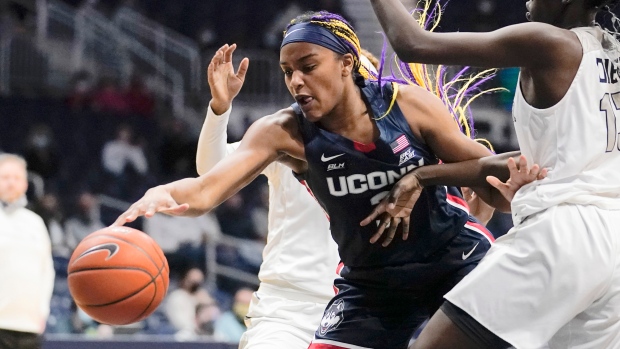 University of Connecticut forward Aaliyah Edwards has been named the Big East Freshman of the Week, the Conference announced.  The Kingston, Ont. native averaged 16.3 points and 9.3 rebounds to help lead the top-ranked Huskies to a 3-0 week.

Aaliyah Edwards is the BIG EAST Freshman of the Week! pic.twitter.com/0xB9sQtzQm

Edwards propelled UConn to wins over Creighton, Butler and RV Marquette last week, while shooting a conference-best .833 from the field.

The 18-year-old led all Big East rookies in scoring and rebounds last week.

In the Huskies’ 97-68 victory over Butler on Saturday, Edwards led all players with 24 points and 14 assists on 9-of-10 shooting in 26 minutes off the bench.

The Canadian has appeared in 21 games this season for UConn and is averaging 10.7 points and 5.4 rebounds per game.