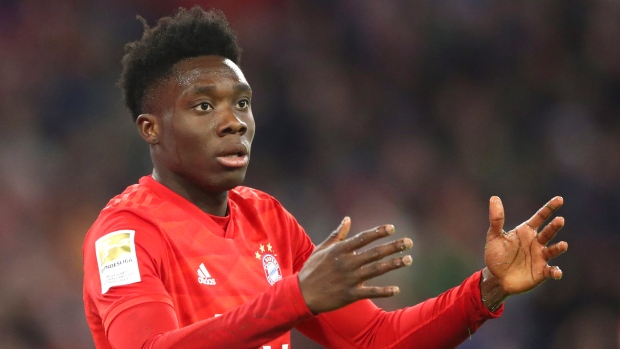 Bayern, which currently tops the Bundesliga table with a 13-4-4 record, is preparing for a game Sunday at FC Koln.

Davies, 19, has been a fixture at left back for the German side recently, starting all 16 of Bayern's competitive games under interim coach Hansi Flick.

Davies has won 17 caps for Canada.