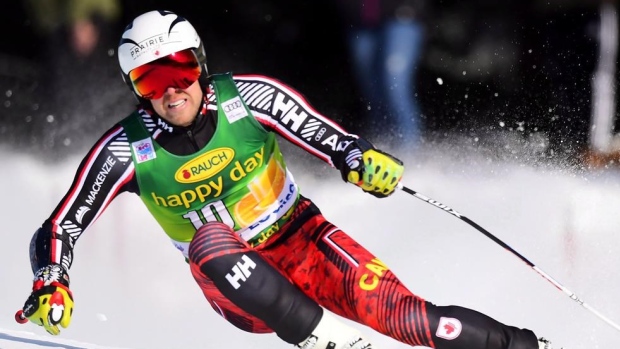 After 12 years on the national team, the 31-year-old from Ottawa intends to make Sunday's super giant slalom in Kvitfjell, Norway, his swan song.

Cook won a world championship silver medal in super-G as well as a World Cup gold in the discipline in 2015.

But his following season was wiped out by a catastrophic knee injury suffered while training for the season-opener.

Cook raced for Canada in the 2018 Winter Olympics and placed ninth in super-G.

"Growing up I always dreamt of being an Olympian, being on the Canadian alpine ski team, and of winning World Cup races, but it all seemed like a pipe dream," Cook said Monday in a statement.

"I accomplished things I can honestly say I did not think were possible for a kid growing up in eastern Ontario and western Quebec."

A training centre and ski run on Cook's home mountain in Mont Sainte-Marie, Que., are named after him.

"He will always be able to look back with pride on his career," men's alpine head coach John Kucera said.

"It is pretty special to be able to say you are a world championship medallist. Not many people can say that."

Also, Alpine Canada announced Monday that Phil McNichol will take over for Martin Rufener as high-performance director of the alpine team.

McNichol was previously head coach of the U.S. men's ski team for 11 years, working with the likes of Bode Miller and Ted Ligety from 1997 to 2008.

The American then worked as athletic director for the Sun Valley Ski Education Foundation. Rufener was the team's high-performance director for seven years.

Alpine Canada's stated goal is to rank among the top three countries in the world in skiing by 2026.

"This is a pivotal time for our organization and for our athletes as we aim to build a lasting legacy of ski racing for the next century," president and CEO Vania Grandi said in a statement.

"We are thrilled to have Phil join our team and bring his leadership and vision for the development of our Canadian athletes to be champions and role models on and off the slopes."

This report by The Canadian Press was first published March 2, 2020.