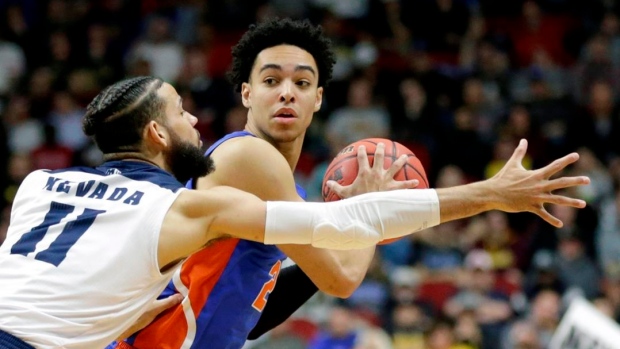 Canadian NCAA basketball player Andrew Nembhard, who began his career at Florida, has announced that he's transferring to Gonzaga.

Nembhard made the announcement Tuesday on social media.

"They checked every box for me. I loved the idea of being able to sit out next year and fall in line with those that transferred into the program in the past," Nembhard told Rivals.com. "The Canadian pipeline was big, too. I talked to a lot of people that went there and it made it a lot easier to make that decision. Just knowing how Kyle (Wiltjer) and Kevin (Pangos) are as people and what they told me about the place, it gave me reassurance about the place and the people over there."

The Canadian guard originally declared for the 2020 NBA draft but announced on May 31 that he was withdrawing and that he would look for another school to continue his career.

Per NCAA transfer rules, Nembhard, who spent two seasons at Florida, will have to sit out the 2020-21 season. Once he's allowed to play, Newbhard will two years of eligibility remaining