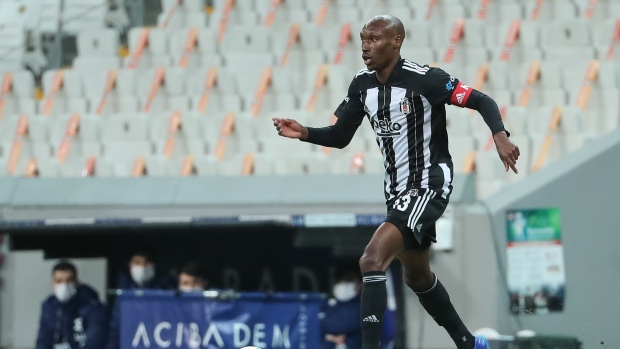 The 38-year-old midfielder from Brampton, Ont., lost his marker and was found alone in the penalty box by teammate Vincent Aboubakar. Hutchinson drove towards the six-yard box and faked a shot twice, freezing the goalkeeper before roofing a right-footed shot.

Besiktas trails league-leading Galatasaray on goal difference with both teams at 18-5-3. Malatyaspor stands 13th at 7-10-10.

Hutchinson, who joined Besiktas in 2013, has won 84 caps for Canada in an international career that saw him make his first senior appearance in 2003. The 25-year-old Larin, also from Brampton, has 31 caps and eight goals for Canada.