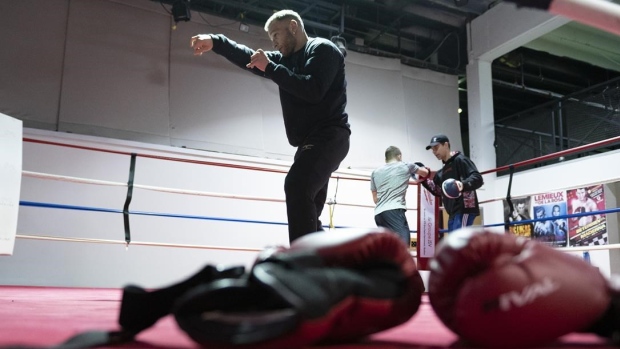 TORONTO — More than 100 Canadian boxers are calling for the resignation of Boxing Canada's high performance director Daniel Trepanier and an independent investigation into the sport's culture and safe sport practice.

In a letter sent to Sport Canada on Wednesday morning, athletes said Boxing Canada has cultivated a toxic culture of fear and silence.

"There has been a consistent trend for over a decade where Boxing Canada athletes and coaches who spoke out against wrongdoing or advocated for what is right end up outside of the organization," the letter said. "Many athletes feel they have suffered physical abuse, psychological abuse, and neglect by the organization because of their failure to address these issues. Repeated attempts have been made to bring these issues to light, and they have been ignored or dismissed."

The athletes painted a picture of a toxic environment where favouritism was rampant leading to arbitrary decisions around things like team selection, compounded by a lack of communication.

"It always kind of felt like there was this push of almost having to do it on your own because you weren't getting any help from them," said Mandy Bujold, an 11-time national flyweight champion, two-time Pan American Games gold medallist, and two-time Olympian. "It definitely made you think from time to time: Why am I doing this? What's the point of this?"

"All the things being reported about favouritism and toxic training environments, all that's true, and we all experienced it in different ways," said. "I wasn't one of the favourites, and it was made blatantly clear every day that I was (in Montreal)."

The Victoria native, who trained at the team's national base in Montreal for a year, said for example he was sent to Bulgaria on two days' notice to fight, with his international ranking — and thus federal funding status — on the line.

"I didn't find out from my team telling me but because the account manager with Boxing Canada called me to me to confirm my flight time, and I said 'What flight?' 'You're going to Bulgaria. Don't you know?' That was my one opportunity to compete (internationally) that whole year."

He lost his opening bout.

The boxers said they compiled a comprehensive collection of experiences and submitted it to Boxing Canada's board of directors, but no formal investigation was launched to look into allegations.

Wednesday's letter was signed by 121 current and former boxers back to 2008. It was sent to Canada's Minister for Sport Pascale St-Onge, Own the Podium CEO Anne Merklinger, the Boxing Canada board of directors, and AthletesCAN.

The letter comes amid what St-Onge has called a "crisis" in Canadian sport. She said there were accusations of maltreatment, sexual abuse or misuse of funds directed at least eight national sport organizations in her first five months in office.

Canadian bobsled and skeleton athletes wrote a similar letter in March asking for the resignation of their acting president and high performance director. They have said they won't participate in proposed mediation, calling it a "Band-Aid solution." And a group of some 70 gymnasts — it's since grown to more than 400 — wrote to Sport Canada asking for an independent investigation into their sport's culture of maltreatment.

The boxers identified four major areas of concern: governance and transparency, safety, toxic culture and harassment and restriction of opportunities.

They said there's a lack of transparency and impartiality around such things as the dispersal of funds.

There's "blatant disregard" both the mental and physical health of athletes, including allegations of sexual misconduct that has "been ignored and not reported" to the board. They wrote that athletes often train and compete in unsafe environments, and have been forced to spar despite having clear signs of concussions or with significant weight disparities.

The boxers say athletes have experienced and witnessed harassment in the form of homophobic, misogynistic and sexist comments by the program's management.

And Boxing Canada's decisions around team selection, they said, is based on subjective discretion. It's prompted several high performance athletes, they said, to turn pro earlier than anticipated and other athletes to compete for other countries internationally.

"Perhaps what is most concerning is that Boxing Canada has shown a total inability or unwillingness to meaningfully address many of these issues and work toward real positive change," they wrote.

Another Canadian champion, who requested anonymity due to fear of reprisal, was told they were "too old to be worth developing," and believed preferential treatment was given to a Montreal-based athlete.

"My dream of participating in the Olympic Games … quickly turned into a nightmare, because I had the door closed in my face quite quickly by Daniel Trepanier," said the boxer, who turned pro soon after.

While there's been some recent "superficial changes" in the governance structure, the boxers said "there is no indication that any of the athletes and coaches' past concerns have been addressed or that there has been any concrete and meaningful changes in 2022."

In a lengthy statement Wednesday, Boxing Canada said it "prides itself on values such as health and safety, integrity, and accountability and takes these concerns very seriously."

The national organization said it has taken action in recent months to improve transparency and governance, including creating a high performance advisory group and separating the high performance director role from coaching responsibilities.

In addition, at the direction of the board, Boxing Canada engaged a third-party expert in March to conduct a high performance culture review, "to ensure that athletes and coaches can excel in an optimal training environment."

Former artistic swimmer Sarah-Eve Pelletier was hired last month as Canada's first sport integrity commissioner. She'll oversee the central hub of Canada's new safe sport program through the Sport Dispute Resolution Centre of Canada. St-Onge has vowed the office, which was awarded to the SDRCC last summer, will be operational by the end of spring.

It will receive complaints about alleged maltreatment in sport, launch independent investigations and recommend sanctions against individuals who are found to have committed violations.

Many athletes have said they believe the process for reporting maltreatment through the SDRCC won't be truly independent.

Bujold made international headlines when she and her lawyer Sylvie Rodrigue took on the International Olympic Committee — and won — her human rights case, based on her pregnancy, to compete in Tokyo.

She said her experience with Boxing Canada included dealing with so many small frustrations over so many years that she had “almost become normal” to it.

"And now that I've taken a step back, and I have teammates who are dealing with this stuff right now, it kind of hits you differently. I've always been able to push it aside and focus on performing, try to focus on the things that matter," she said.

"The athletes don't need that extra stress. Competition is hard enough. And you know, they shouldn't have to fight with their own sport organization as well."

Bujold said it'd be nice for her sport's next generation to be able to train and compete with a "clean slate." Colwell agreed.

"Representing your country is a big deal and there's a lot of pressure on you, and then on top of that you're battling your organization. You feel that it's not about the athletes at all, it's about ulterior motives, it's about agendas."