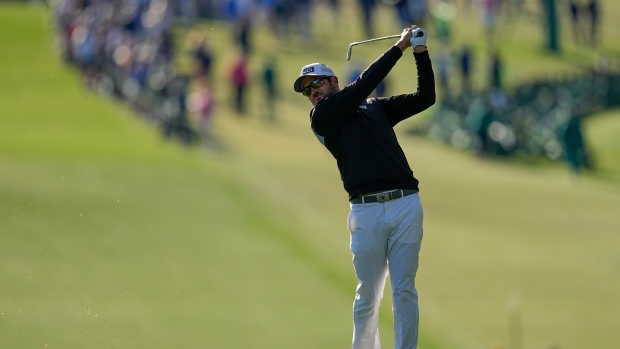 Canada's Corey Conners remained in the hunt at the Masters Thursday, posting an one-over 73 in his second round.

After going 2-under in his opening round, Conners sits at 1-under for the tournament, well ahead of the projected 3-over cut line.

Conners was 1-under through 15 holes on Friday, but bogeys on the 16th and 17th holes dropped him down the leaderboard. It was a tough ending to an up-and-down round for the 30-year-old, who had three birdies and four bogeys on the day. He finished his round with a par on the 438-yard par 4 18th.

Fellow Canadian and former Masters champion Mike Weir posted a 2-over 74 for the second straight day Friday and is projected to miss the cut, while MacKenzie Hughes had an afternoon tee time as he looked to build on his 1-over opening round.