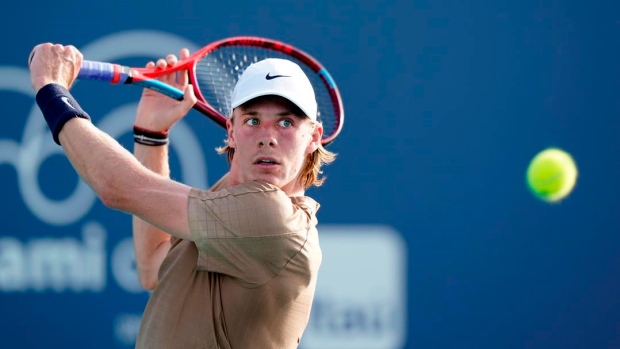 ROME — Denis Shapovalov is headed for a meeting with Spanish legend Rafael Nadal in the third round of the Italian Open.

The 13th-seeded Shapovalov, from Richmond Hill, Ont., beat Italian Stefano Travaglia 7-6 (2), 6-3 in the second round of the ATP Masters 1000 clay-court event.

Shapovalov has defeated Nadal twice on hardcourt in three ATP Tour meetings (one win was a walkover), though Nadal was victorious on clay 6-4, 6-1 in the round of 16 at the 2018 Italian Open.

Nadal has a career 454-42 ATP Tour record on clay with 61 titles, including nine at the Italian Open.

On Wednesday, Shapovalov won 90 per cent of points when he got his first serve in and saved all three break points he faced against the world No. 69.

The win ended a string of four straight tournaments in which Shapovalov failed to win more than one match.

Montreal's Felix Auger-Aliassime, who was off Wednesday, will meet Argentine qualifier Federico Delbonis on Thursday.