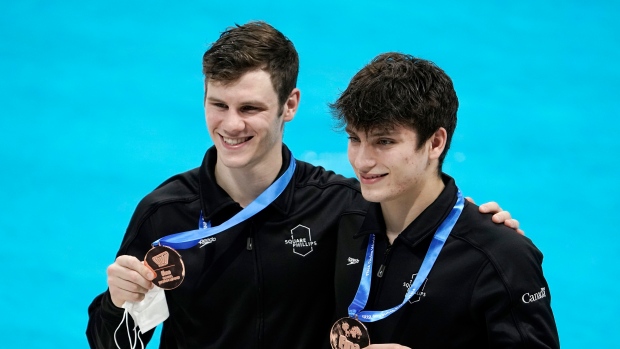 Riendeau, of Beaconsfield, Que., and Zsombor-Murray, of Pointe-Claire, Que., finished with a combined score of 393.81.

Canada performed well on the women's side, too, with Jennifer Abel and Melissa Citrini-Beaulieu finishing second in the three-metre synchronized competition with a score of 289.98.

Yani Chang and Yiwen Chen of China took gold with a score of 317.16 and Italy’s Chiara Pellacani and Elena Bertocchi finished third after scoring 283.77.

Abel, of Laval, Que., and Citrini-Beaulieu, of Saint-Constant, Que., previously clinched their Olympic berth by winning silver at the 2019 world championships in South Korea.

This report by The Canadian Press was first published May 1, 2021.