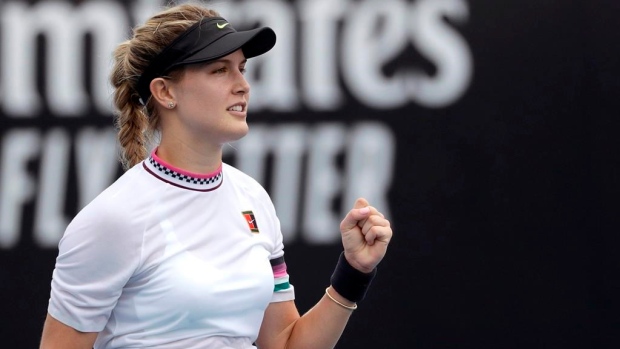 ISTANBUL — Canadian qualifier Eugenie Bouchard has advanced to the semifinals of the Istanbul Tennis Championship after recording her third consecutive upset on Friday.

Bouchard, from Westmount, Que., broke world No. 92 Danka Kovinic of Montenegro in the final game of their quarterfinal to win 3-6, 6-4, 7-5 at the WTA Tour clay-court event.

"I think I won because of not giving up, fighting through being tired physically and mentally," said Bouchard, who appeared to be battling a shoulder injury. "I'm really proud of that."

The 26-year-old Bouchard, ranked 272nd, will now play in her first semifinal since 2018 against world No. 94 Paula Badosa of Spain.

It was the second three-set match in a row for Bouchard, who beat top seed Svetlana Kutznetsova of Russia on Thursday.

A former world No. 5 after reaching the Wimbledon final in 2014, Bouchard has tumbled down the rankings in recent years.

However, she is set to return to the top 200 next week by virtue of this week's results.

Because of her ranking, Bouchard couldn't get into the U.S. Open, which cancelled its qualifying tournament this year due to COVID-19.