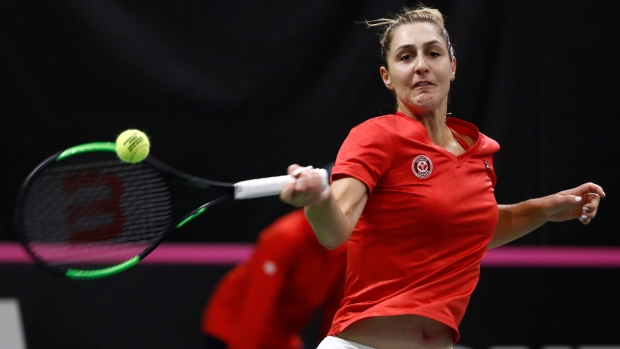 MONTREAL — Canada will hit the road to face Serbia in the Fed Cup playoffs in April.

The draw, held Tuesday, puts Canada on the road for a fourth straight tie April 17-18.

The winner of the Canada-Serbia tie will play in the Fed Cup qualifiers in 2021, while the losing nation will be relegated to their respective regional Group I.

Winners of the Fed Cup qualifiers advance to the Finals.

Canada is 1-1 lifetime against Serbia.

Serbia advanced to the playoffs by beating Georgia, Turkey and Croatia at the Europe/Africa Zone Group 1 event last weekend.

Choice of surface and team rosters will be announced at a later date.