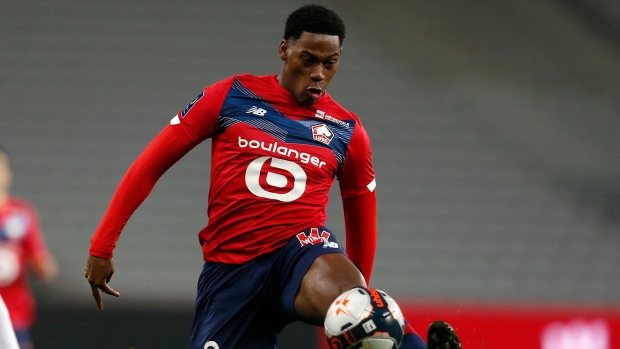 Canadian soccer star Jonathan David suffered an ankle sprain during Lille's win over PSG on Saturday and will likely miss the club's next match against Metz on Friday, according to TSN's Matthew Scianitti.

.@TSN_Sports has learned Jonathan David suffered an ankle sprain during Saturday’s match vs PSG, before scoring the eventual game winner. Swelling is down today, but David will likely miss Lille’s next game vs Metz, and then be re-evaluated. @TSNSoccer

The 21-year-old from Ottawa scored the game's lone goal in the 20th minute before leaving with his ankle injury in the 35th minute.

Scianitti reports the swelling has come down, but will still most likely miss their next game and then be re-evaluated.

David is having a strong first season with Lille, scoring 10 goals in 31 appearances after he signed a five-year contract with the club in August.