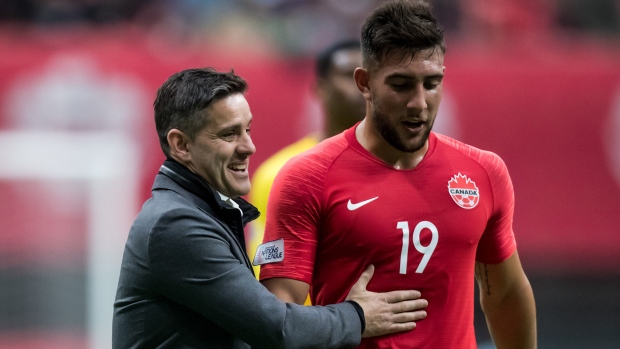 TORONTO — Canada will play a scheduled CONCACAF Nations League away match against Cuba next month in the Cayman Islands rather than in Havana.

"The CONCACAF Nations League match between Cuba and Canada will not be played in Havana, Cuba because the Pedro Marrero Stadium does not meet the minimum requirements set by CONCACAF to host a League A match," a CONCACAF spokesman said Tuesday.

"The decision to play the match in the Cayman Islands was made by the Cuban Football Association and approved by CONCACAF."

The 78th-ranked Canadian men will host No. 179 Cuba on Sept. 7 at Toronto's BMO Field before playing the Cubans three days later at the Truman Bodden Sports Complex in George Town, capital of the Cayman Islands.

Canada will then entertain the 22nd-ranked Americans at BMO Field on Oct. 15 with the rematch set for Nov. 15 in the U.S.

At the conclusion of the group stage, the winners of each of the four League A groups will qualify for the Final Championship, which will determine the champion of the new competition covering North and Central America and the Caribbean.