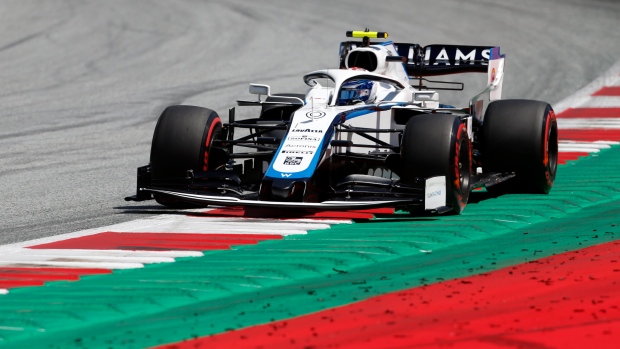 Canadian Nicholas Latifi finished 11th in Formula One debut on Sunday at the Austrian Grand Prix, leaving him longing for a slightly better finish to get in the points next week.

The lone rookie on the grid this season, Latifi was last among the drivers to finish Sunday's race, finishing seven seconds back of Sebastian Vettel, who earned one point for Ferrari with his 10th-place finish.

“Prior to this weekend if someone would have told me I would finish P11 in the first race I would sign there and take it as a great result,” Latifi said, per the F1 website.

“For sure there’s a bit of frustration knowing how close we were to picking up a point. It was a race of attrition - a lot of cars breaking down, drivers making mistakes - so the priority for me was first and foremost to get all the laps done, get the experience and take all the learning from it.

“It wasn’t an easy race still from my side, already from the first laps I was managing some issues that were preventing me from pushing as hard as I could have. I was very happy with the second-last Safety Car just because it allowed me to get back into the pack at least and experience a bit more of that close-quarter combat, or at least see it unfold in front of me! Unfortunately we didn’t quite have the pace to partake in it.

“But pretty pleased with the result, a lot learned this race and this weekend. Luckily we’re back here next weekend and I can put it into effect.”

The Formula One season will continue this Sunday with the Styrian Grand Prix, which will also take place on the Red Bull Ring in Austria.