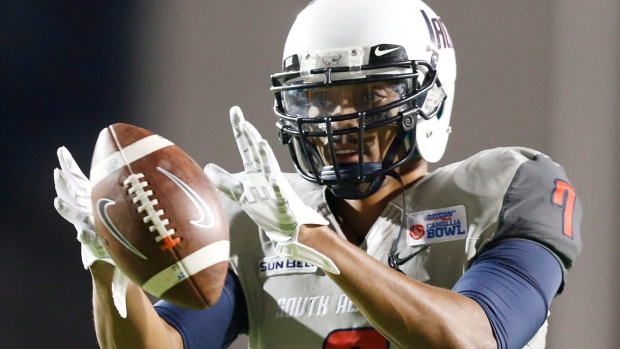 Contrary to earlier reports, Canadian quarterback Brandon Bridge is not headed to the Detroit Lions.

Instead, the Mississauga native will take part in the Dallas Cowboys mini-camp on a tryout basis. The mini-camp will take place from May 8-11 and Bridge will hope to impress the coaching staff enough to earn his first NFL contract.

The South Alabama product went undrafted in the NFL Draft, which concluded on Saturday evening.

Draft didn't go the way I wanted but life is a marathon. Blessed to say I'll be going to The Dallas Cowboys as a free agent. #ShowYourWorth

Bridge capped his college career by playing in the NFLPA Bowl, then worked out at the NFL combine before auditioning for pro scouts at his pro day.

The Cowboys did not select a quarterback in the 2015 NFL Draft, but, according to the team website, will sign undrafted free agent quarterback Jameill Showers from the University of Texas at El Paso.

Starter Tony Romo (a UDFA in 2003), Brandon Weeden and 2014 UDFA Dustin Vaughan are currently on the Cowboys roster at quarterback.