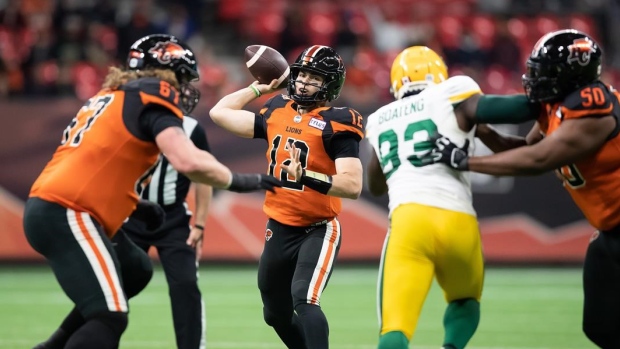 TORONTO — Canadian quarterback Nathan Rourke has been named the CFL's top performer for the final week of the 2021 regular season.

Rourke, from Oakville, Ont., threw for a touchdown and ran for three more to lead the B.C. Lions to a 43-10 win over the visiting Edmonton Elks on Friday.

Augustine, from Welland, Ont., rushed for a career-high 148 yards as Winnipeg concluded its regular season with a 13-12 loss to Calgary on Saturday.