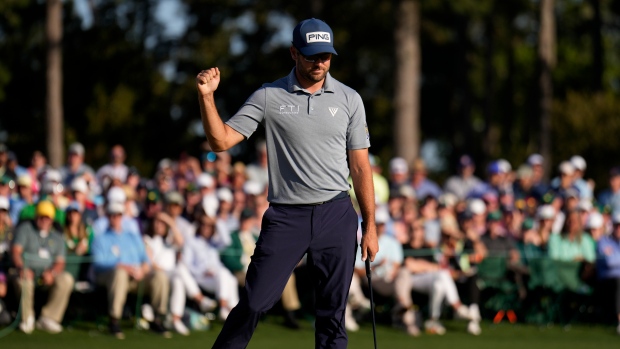 Corey Conners continued his strong play at The Masters in 2022, finishing 3-under in a tie for sixth place and giving him his third straight top 10.

The Listowel, Ont., native sat at even par through 16 holes Sunday at Augusta but birdied both Nos. 17 and 18 to close out a 2-under round of 70.

Conners finished in a tie for 10th in 2020 and tied for eighth last year.

He fired an even-par 72 on moving day to keep him at 1-under in a tie for sixth place with Justin Thomas, eight shots behind leader Scottie Scheffler (9-under) heading into the final round. Scheffler would go on to shoot a 1-under 71 to capture the first Green Jacket of his career.

Meanwhile, Canadian Mackenzie Hughes shot a 6-over-par 78 in the final round to finish the tournament at plus-15. Hughes, 31, entered the weekend at plus-4, the cutline for this season’s first major.

He logged scores of 73, 75, and 77 over the first three rounds, respectively. Hughes was making his third appearance at the Masters since turning pro in 2013.

The third Canadian in the field, 2003 Masters winner Mike Weir, did not make the cut.