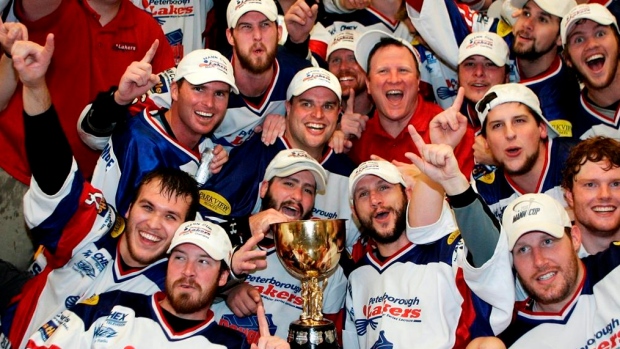 Canada's two senior lacrosse leagues are asking a professional league based in the United States to loosen restrictions on its player contracts.

A new provision in the Premier Lacrosse League's standard player contract states that a player competing in the American field lacrosse circuit may not engage in "non-PLL sponsored lacrosse, whether it's professional, semi-professional or recreational, indoor, or outdoor," during the season.

The clause, obtained by The Canadian Press, states that this restriction includes lacrosse tournaments and box lacrosse, as well as other sports with substantial risk of injury including boxing, wrestling, football, basketball or ice hockey.

"We proudly play a game that has deep Indigenous roots, the Creator's Game, and it's part of our culture, and is our national summer sport," said WLA commissioner Paul Dal Monte on Thursday. "From our perspective, this clause, and the PLL contracts, are uniquely restrictive.

"It prevents primarily Canadian players from playing a game that they have grown up playing their entire lives."

Elite men's lacrosse players often play in several leagues within the same calendar year. It's common for a Canadian player to compete in the indoor professional National Lacrosse League, a senior league like MSL or WLA, and the Canadian University Field Lacrosse Association within months of each other.

"We believe our players should be playing as much as they can, they have an opportunity now as the game is gaining in popularity," said Dal Monte, who notes that many lacrosse players at the professional level already have inherently dangerous jobs as first responders.

Earlier this year, the PLL offered a waiver to players who also play in the NLL, allowing them to compete in both of the professional leagues at the same time. No such agreement exists between the PLL or the two Canadian senior men's indoor leagues.

The MSL and WLA issued joint statements on Wednesday asking the PLL to have "good-faith discussions" with its Canadian players and the indoor leagues to find a solution to the dispute. The Premier Lacrosse League did not immediately reply to a request for comment from The Canadian Press.

Both Dal Monte and Major Series Lacrosse commissioner Doug Luey said that they have not heard from the PLL.

"It would just be a conversation about, why they've done that, why they've made that decision?" said Luey. "Is there any room to negotiate? We understand the difference between professionalism and amateurism, but their league is obviously full of up to 50 players that directly affect us."

The Mann Cup is one of the oldest sports trophies in North America, dating back to 1910. Only the First World War and the COVID-19 pandemic have prevented it from being contested in its 112 years of existence.

"The Mann Cup is the oldest national championship in our sport in this country," said Luey. "We believe that if it wasn't for the growth and development of lacrosse in Canada, the PLL wouldn't be around the way it is today."

Dal Monte and Luey both said that the Mann Cup will be held in September even if the dispute with the PLL is not resolved. Their concerns are that Canadian players will be prevented from playing for a beloved trophy and that fans will miss out on having the best possible players on the floor.

"A lacrosse career is not a good career unless you have a Mann Cup on your resume," said Luey.