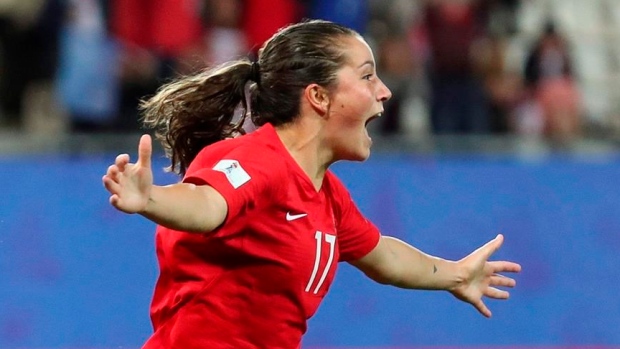 A handful of Canadians are eligible for Thursday's NWSL draft but Canadian international Jessie Fleming is not one of them.

A UCLA spokeswoman said the 21-year-old senior from London, Ont., had opted to forgo the draft to focus on Canada and finishing her degree. The Canadian women look to book their ticket to the Tokyo Olympics at a CONCACAF qualifying tournament later this month in Texas.

Fleming, a star midfielder, has already won 70 caps for Canada. A club in Europe remains an option with the Canadian likely in demand, if willing.

The draft starts at 11 a.m. ET in Baltimore, part of the United Soccer Coaches Convention. More than 200 women are eligible.

The Portland Thorns have the first overall pick. Sky Blue FC have the second and third with the Chicago Red Stars picking fourth and fifth. North Carolina Courage, Orlando Pride, Utah Royals FC and Reign FC complete the first round.