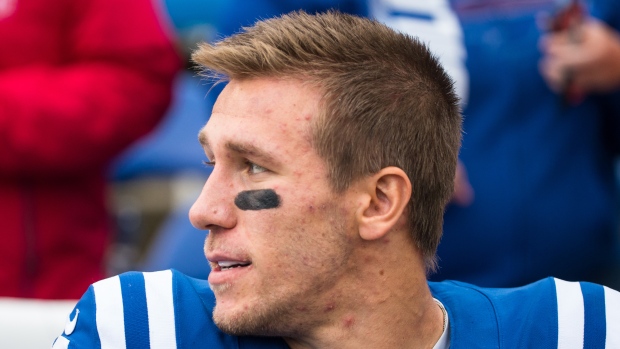 Tyler Varga, a former Indianapolis Colts running back and draft pick of the Calgary Stampeders, has been forced to retire from football at the age of 22.

Varga, who was raised in Kitchener, Ont., suffered a concussion in his third NFL game last season was placed on injury reserve at the end of October.

A star back in the NCAA with Yale, Varga was drafted by Calgary with the 19th pick of the 2015 CFL Draft. He went undrafted in the NFL Draft but signed as a free agent with the Colts.

According to the Indianapolis Star, Varga passed off-season concussion protocol and was cleared to return to practice this spring.