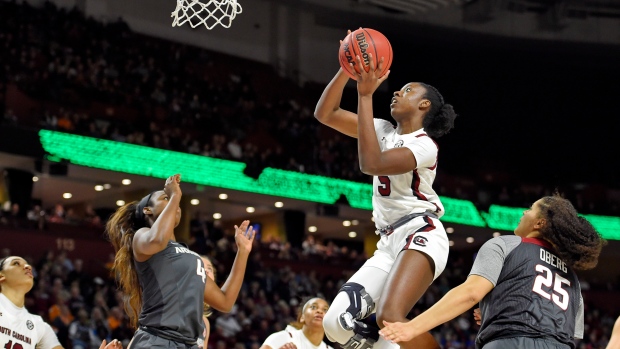 Watch the meeting between the two Top 10 teams at 7pm et/4pm pt on TSN3/5, TSN Direct, and streaming on TSN.ca.

Amihere has been averaging 9.3 points, eight rebounds, and two blocks in 25.7 minutes off the bench for the 3-0 Gamecocks. The Mississauga, ON native joined South Carolina last season as the 10th-ranked overall recruit.

She also averaged 4.7 points, 3.9 rebounds, and just over a block per game as a redshirt freshman. Amihere was also a member of Team Canada as they qualified for the Tokyo Olympics.

Demeke is in her freshman season with the Wolfpack, having joined the team as the eighth-ranked Canadian recruit. The Toronto native has averaged eight points, five rebounds, and two assists through two games for NC State.