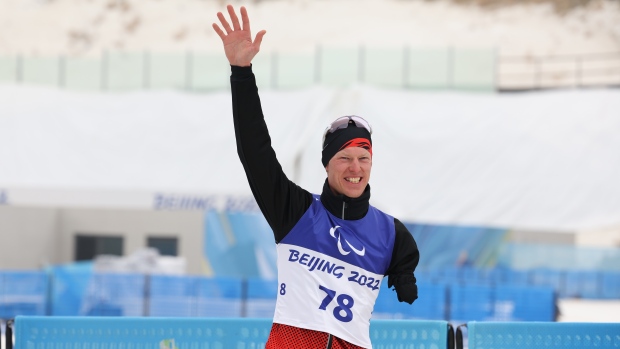 Arendz finished behind Frances Benjamin Daviet of France in a time of 40 minutes 13 seconds. Grygorii Vovchynskyi of Ukraine won bronze.

It's the 11th Paralympic medal Arendz has collected during his decorated career.

On the women's side, Brittany Hudak of Prince Albert, Sask., won a bronze medal in the women's event. She finished in a time of 49 minutes 3.4 seconds.

Hudak, 28, now has won three Paralympic medals in her career.

This was the first medal she's won at the 2022 Beijing Games.

Note to readers: This is a corrected story. An earlier version mistakenly said Canada won two silver medals in biathlon, when in fact Canadians won silver and bronze.