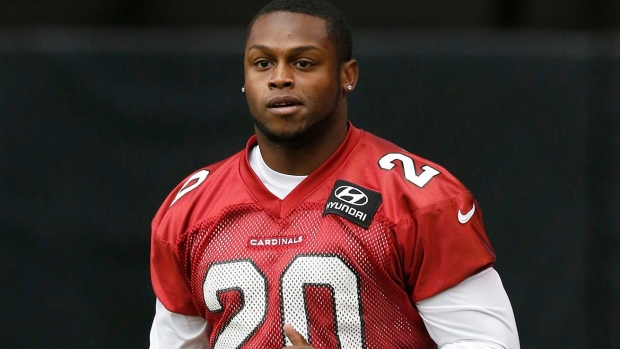 PHOENIX - Arizona Cardinals running back Jonathan Dwyer is due back in court in January after being charged with assaulting his wife last summer.

Dwyer appeared in court for a hearing Wednesday. His attorney declined to comment.

Dwyer has pleaded not guilty to felony aggravated assault and eight misdemeanours.

Investigators say Dwyer broke his wife's nose with a head-butt during a July 21 argument then punched her the next day.

He was arrested in September as the NFL and Commissioner Roger Goodell came under fire amid a series of off-the-field encounters involving some marquee players, including Ray Rice and Adrian Peterson.

The day after his arrest, the Cardinals placed Dwyer on the reserve/non-football illness list, meaning he can't play for Arizona again this season.