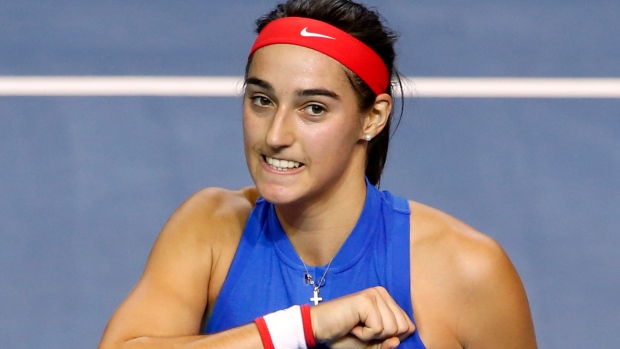 LYON, France — Caroline Garcia, looking to bounce back from early exits in Australia, advanced to the second round of the Lyon Open by beating fellow French player Oceane Dodin 6-2, 2-6, 6-3 on Tuesday.

Third-seeded Garcia, who lost in the first round at Adelaide last week, put away Dodin on her eighth match point after nearly two hours.

Garcia, ranked as high as fourth in September 2018, was knocked out of the Australian Open in the second round by eventual champion Naomi Osaka.

Fourth-seeded Kristina Mladenovic outlasted Mihaela Buzarnescu 5-7, 7-5, 6-2 in their first-round match. The French player hit a crosscourt backhand to take the second set from the 32-year-old Romanian.

Mladenovic will face Margarita Gasparyan of Russia in the second round. Gasparyan defeated Katarina Zavatska 6-4, 6-1 on Tuesday.

Also Tuesday, seventh-seeded Paula Badosa needed three sets to get past 188th-ranked Harmony Tan. The Spaniard will play Stefanie Voegele in the second round, after the veteran Swiss player beat Irini Bara in three sets.