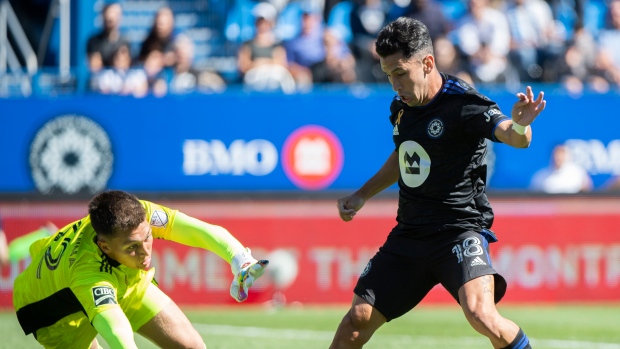 CF Montreal announced on Thursday that they club has turned the 24-year-old midfielder's loan from Argentine side Newell's Old Boys into a permanent transfer. Torres has signed a two-year extension with Montreal that takes him through 2023 with option years in both 2024 and 2025.

“We are pleased with Joaquín’s transfer to the club,” said the club's sporting director, Olivier Renard, said in a statement. “Like Ahmed [Hamdi, whose loan was made permanent on Wednesday], Joaquín has adapted well since his arrival last winter. We are happy with what he has done so far this season and we are confident for the future. He is a player who is motivated to be in Montreal and he feels good at the club.”

A native of Neuquen, Argentina, Torres has made 24 appearances across all competitions for Montreal this season, scoring four goals and setting up five more.

Torres came up through the Newell's academy and made 29 appearances for the senior side over five seasons. He spent 2019 and 2020 on loan with Greek Superleague side Volos.

Montreal, currently sixth in the Eastern Conference on 42 points, is next in action on Saturday in the latest edition of the 401 Derby with a visit to Toronto FC.