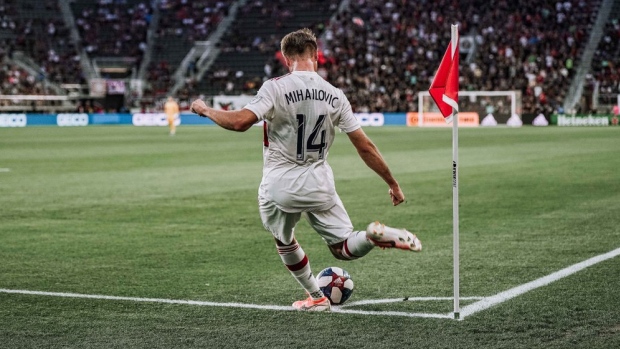 There will be a bit of Canadian representation in the United States Olympic camp.

CF Montreal midfielder Djordje Mihailovic was one of 28 players called up to the training camp ahead of the CONCACAF Men's Olympic Qualifying Tournament held from March 18 to 30 in Guadalajara, Mexico.

Mihailovic, 20, was acquired in December from the Chicago Fire for allocation money and subsequently signed a three-year deal with Montreal.

Born in Jacksonville and raised in the Chicago area, Mihailovic was a homegrown player for the Fire and a product of the club academy.

Mihailovic has already been capped nine times at the senior level.

The United States team will be coached by the U-23 USMNT coach Jason Kreis. The team will be reduced to a final 20-man roster.