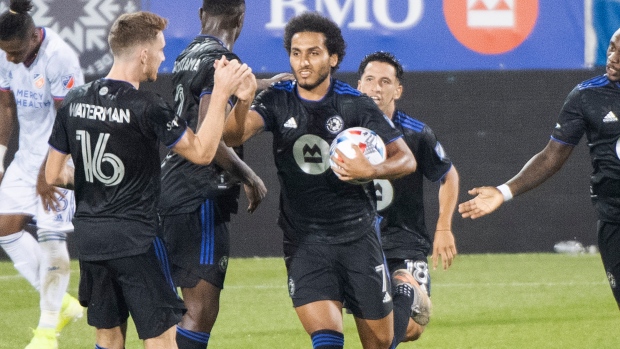 CF Montreal has exercised the permanent transfer option that it held on midfielder Ahmed Hamdi, the team announced on Tuesday.

Hamdi has signed a two-year deal to remain with Montreal, he was on loan from  Egyptian club El Gouna FC.  His deal now runs through the 2023 season with an option for 2024.

“We are pleased with the decision we have made with Ahmed,” CF Montreal sporting director Olivier Renard said in a release. “A first season away from home is never easy, but Ahmed has adapted well to his new reality and his new club. We took the time to analyze the situation and we are satisfied with what he has shown so far this season. We are confident that he can give us even more in the future.”

The 23-year-old has appeared 19 times for CFM, including eight starts, for a total of 763 minutes this season.

He has two goals this season, scoring both against FC Cincinnati on July 17.

Hamdi has five caps at the international level with the U23 Egyptian national team.