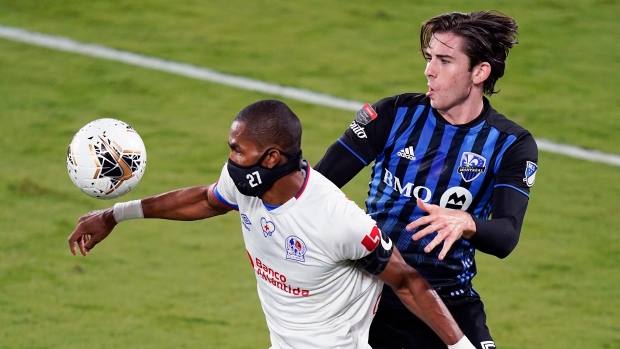 The Major League Soccer club says Binks, who is already in Italy, will officially join Bologna on July 1, when the transfer window opens.

Binks joined Montreal on Feb. 18, 2020, on loan from Premier League side Tottenham Hotspur.

He was transferred to Bologna — CF Montreal owner Joey Saputo has a stake in the Italian club — in August and remained on loan to Montreal. The loan agreement was extended through December 2021 after the 2020 season.

Binks made 21 appearances, including 20 starts, in the 2020 season for CF Montreal. He also appeared in two of Montreal's three CONCACAF Champions League games last year.

He has not played this season due to a knee injury.

This report by The Canadian Press was first published June 11, 2021.